The Inception and Journey of S.V. More Group of Companies

SV More Group of Companies is a 100% Filipino-owned pharmaceutical marketing firm composed of 3 Parent Companies and 7 Subsidiaries that act as their distributors. The Company markets its brands of adult and pediatric preparations spearheaded by its flagship products, high-dose B-Complex nerve vitamins. The product line-up is augmented by various lines of antibiotics, antidiabetics, analgesics, cough and cold preparations, steroids, and various kinds of nutritional supplements. Quite recently, the Company has gone into partnerships with multinational companies to exclusively distribute their global brands of gastrointestinal and ENT preparations in the Philippine market. At this time, with its almost 400 employees, the geographic operational footprint of the Company spans the whole of the Philippines with all the key cities from Ilocos Norte in Luzon to General Santos in Mindanao being covered by one of the seven Subsidiaries.

In its more than three decades of operation, the Company has endeavored to become a world-class pharmaceutical marketing organization, making sure that its business practices and protocols adhere to international gold standards ensuring reliability not just in its products but more importantly, in its people.

The Company has an unflinching commitment to its mission of providing high-quality yet cost-effective pharmaceutical products for the prevention and treatment of various medical conditions afflicting our countrymen, helping the Filipino live longer, healthier, and more productive lives.

The S.V. More Group of Companies’ humble beginnings can be traced back to the establishment of S.V. More Pharma Corp. on the 25th of September back in 1987. The organization was founded by Mr. Alberto A. Santillana, now its Chairman Emeritus. Necessitated by their ever-expanding product lines, a second Parent Company, Pharma Nutria N.A., Inc., was created on 26 January 1995. The incorporation of these parent companies marked the beginning of the organization’s growth from a small corporation of only 11 personnel.

The third Parent company, PNSV Asia Corporation, was established on 23 July 2002, with the organization currently planning for further expansion.

On the 18th of June in 2004, shortly before its 13th anniversary, SV More Group inaugurated its headquarters in Quezon City at 16 Scout Tuazon Street, its first company-owned building. The S.V. More Group Corporate Center is a multi-level structure that has 8 upper-ground and 3 lower-ground floor levels. This serves as the head office of all three of the organization’s Parent Companies and two of its Subsidiaries, S.V. More Pharma (MM-L) Corp. and Pharma Nutria N.A. (MM-L), Inc.

The flagship products consist of the Polynerv and Meganerv lines, which have been with the Company from the beginning. These products have grown with the Company through the years as it continually gained the trust and support of medical practitioners and consultants in the country.

The Company’s focus is on the Filipino talent. Its cogent advocacy is: Filipino-owned companies must invest in the skills and capabilities of their countrymen. This is proudly embodied in the Group’ tagline, “The FILIPINO talent is worth the investment in GOLD”.

S.V. More Group of Companies’ vision is to provide high quality, value-driven and cost-effective pharmaceutical products to enrich the health and well-being of people by way of becoming a global leader not only as a distributor and trader but also as a manufacturer.

S.V. More Group of Companies is committed to provide the following:

High quality products at competitive prices, together with excellent service and support from our staff who will assist in maximizing profitability.

Stable and rewarding work environment, and the opportunity to grow to the extent of their talents and share in the success of the company.

Above-average return on their investments, since our ability to serve the needs of our customers and employees is made possible with their support.

Responsible corporate citizen in the communities in which we operate, and encourage our employees to individually be an asset to the community in which they live.

Our Treasure Map of Tomorrow & Other Insights

Message from the
Chairman Emeritus

S.V. More addresses its Vision and Mission as one that serves as a Treasure Map of Tomorrow. Our company envisions itself as an expanding, generous organization reaching out to the people who need help and deserve to be helped. The other direction of our company’s Vision is toward performance rather than toward efforts alone – meaning toward the performance of the entire Group of Companies. This other direction of its Vision is intended to make the company’s Mission realistically possible, easier to achieve, and more fulfilling to the entire organization.

The people behind S.V. More believe that our organization exists for a specific purpose and Mission. And to fulfill this Mission our company needs to perform well economically. This way we can justify our existence and fulfill our Mission largely by the economic growth and results we are able to produce. Believing that the “Filipino talent is worth the investment in Gold” encourages us to preserve, maintain, and safeguard our material resources and Human Capital as these represent S.V. More’s principles for non-stop growth and progress. Seeing our people, our employees, enjoying a better life; seeing our products gaining competitive advantage over bigger companies’ products; seeing the growing number of scholars that, through our educational programs, we are able to help – are what really drive us, motivate us, and inspire us to push forward even harder, to lead a frugal life, and to create righteous wealth. God is so kind to S.V. More that He gave our company very trustworthy, hardworking, and effective people who form the solid foundation that provides the fundamental resource of our business.

Our organization is further blessed with very supportive friends and very loving, caring families for without them we could not have succeeded in doing our mission and pursuing our vision this far. 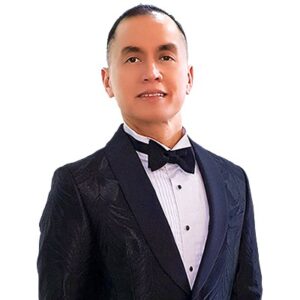 I am grateful to be one amongst only a handful of people in this organization to have witnessed first-hand its growth from a simple dream of its founder, Mr. Alberto A. Santillana, of becoming a self-employed businessman into the Group of Companies that it has become today.

From a rented single room residential apartment in Mandaluyong, to commercial offices, to whole floors of business buildings… the transfers as evidenced by the size of its growth requirements ended up with the inauguration in 2004 of the 11-story S.V. More Group Corporate Center Building at 16 Sct. Tuazon, Quezon City Metro Manila.

The pharmaceutical operations that covered the whole nation demanded the continuous expansion of the Company. This gave rise to three parent Companies, S.V. More Pharma Corp., Pharma Nutria N. A., Inc., and PNSV Asia Corp. plus seven subsidiary companies in Metro Manila, Visayas and Mindanao. Other than the corporate headquarters in Quezon City, five corporate buildings have been constructed in Visayas and Mindanao – two in Iloilo, and one each in Davao, Bacolod, and Cagayan de Oro. These commercial buildings are a testament to our commitment to become firmly established and fully invested in the provinces and municipalities within which we operate.

The Company’s phenomenal achievements levelled-up from marketing and distributing only a handful of me-too products into owning, trading and even importing diverse mix of multivitamins, nutritional supplements, specialty products, hepato-protectors, digestant, anti-diabetic, anti-cholesterol, and antibiotics among others.

The business started with a fresh group of highly driven individuals under the tutelage and guidance of our Chairman. This same ambitious group has now evolved into a dynamic Management Team working in a concerted effort that maximizes efficiency and productivity in order to become a sustainable, high-performing organization.

Transparency and communication are the keys that have developed the trust and sincerity among all our people in all levels of the Company’s hierarchy.

Promoting work-life balance by introducing the apprenticeship program keeps everyone fresh and focused. It stands to reason that a relaxed and happy employee with a positive mood is more conducive to innovative and creative thoughts over a stressed and a tense one.

Industry challenges only make us more resolute in our continuous quest to find our rightful niche in the pharma industry. We trained and encouraged our people not only to become better professionals but more so, to become better persons so that we could carve for ourselves our names as one of the pillars in the pharmaceutical industry.

We continue to do this in order to keep sight of our vision to provide high quality, value-driven, and cost-effective pharmaceutical products to enrich the health and well-being of people we serve.

As a leader, it is my duty to ensure the fulfillment of the Corporate Vision. I am challenged with infecting all the employees of our organization with the same passion and zeal I have so as to achieve our purpose, our vision – by doing our own share in the mission that we have set ourselves to undertake to reach our goals, thus guaranteeing the steadfast and stable growth of the Company.

But most importantly, our greatest motivation is the fact that our products continue to make meaningful changes in the lives not only of our employees but of the people around us.

Get the latest health and wellness tips and newest product launches delivered to your inbox.